The Siamese Fighting fish, better known as the Betta fish, is among the most popular pet fish. In fact, this species comes in at #2 to the common Goldfish as far as aquarium fish popularity goes.

But Betta fish trading is exceptionally unfair. Traders keep them in small cups in pet stores, which is isn’t an ideal housing situation for bettas. Betta fish actually need a spacious tank to live comfortably. Unfortunately, most people buying bettas are unaware of the mistreatment.

Nevertheless, they make beautiful and active pets. If you want to buy a betta fish, you might as well learn these 10 Betta fish cool facts:

1. Your Betta Fish Can Recognize You

One thing to love about Betta fish is their intelligence. This species can identify their owners.

While fish lacks emotional intelligence as in mammals, Betta fish can see, recognize, and bond with you. They can also feel anger, pain, and even fear.

In most cases, your Betta fish will be excited when you approach the tank. And because you feed and spend time with your Betta, he will eventually recognize you.

You can notice him get excited whenever you approach the tank. They are a curious species that want to interact with the environment outside the tank.

Betta fish, as with many pets, will recognize the person who feeds them regularly. If you are looking to bond with your fish, be sure that you are the one feeding him every day.

2. The Betta Has A Labyrinth Organ

Yes, Betta fish have a labyrinth organ. It means that they can breathe air from the water surface.

But wait, why would a fish need this? Well, Betta fish originated in Asia and were mainly found in rice paddies in muddy waters. Muddy waters do not have enough oxygen to facilitate breathing. Therefore, Betta fish would go up to the surface to breathe in air.

Do not be surprised when your fish goes up to the water surface to gulp some air. The labyrinth organ facilitates breathing outside the water.

If you plan on keeping Betta fish as a pet, you might wonder; What do betta fish eat?

Well, these fish are carnivorous and feed on insect and insect larvae. However, in captivity, you can always purchase betta fish pellets.

This is usually formulated from fish meal and sometimes bloodworms. Your local pet store will have these pellets in stock. You can also opt to purchase fish pellets online for your Betta.

Betta fish are well known for their fierce nature.

In fact, they were named ‘beautiful warriors’ by Charles Tate Regan. In southeast Asia, children would capture Betta fish and watch them fight each other. The sport became so popular that people would place bets on the bravest Betta.

Well, it is not uncommon to see your Betta fighting another in the tank. They are fierce, territorial, and can become aggressive. It is why experts refute the idea of keeping two Betta fish in the same tank. They will fight and injure each other, which could easily result in death.

However, betta fish can do well alongside other fish species such as the Ghost Shrimp and Cory catfish. It would keep your Betta from getting lonely.

Now, remember. It is both illegal and inhumane to fight any fish and or any other animals for that matter.

5. The Male Takes Care Of The Babies

This is probably the most exciting fact about Betta fish. While not many people get Betta for breeding purposes, it is exciting to know that the male cares for the babies. Once the female Betta lays eggs, the male will chase her away.

The male Betta will build a bubble nest and stay with the babies. In case a baby or eggs fall out, he is quick to put them back into the nest.

In a tank, once the female lays eggs, she should be taken out. Else, the male, will fiercely fight her or kill her.

The male will stay with the babies until they are strong enough to swim.

Betta fish make excellent pets because they do not require flowing water. They are happy living in a tank. Initially, they lived in rice paddies, which is stagnant. Some can thrive in flowing streams, nevertheless.

However, you must change the water often to avoid intoxication from all the ammonia and nitrate waste.

Harmful toxins in the water could kill your Betta.

7. Has Been Domesticated For Over 150 Years

Yes, the Betta fish species have been domesticated for over a century and a half! It all started in Southeast Asia, where the fish were used for fighting competitions. The bravest fish won, and people would bet on the sporting activity. The King of Thailand then started taxing these competitions.

Male Betta fish will build bubble nests for reproduction purposes. However, do not worry when you see him doing the same in the tank. It means that he is relaxed and happy.

It is also an indication that your Betta pet fish feels safe in his tank.

The wild Siamese fighting fish is different from the domestic Betta. They are brown as opposed to the colorful Betta fish sold in pet stores and by breeders. Wild Betta fish also prefers living in freshwaters such as canals, streams, and ponds.

Wild Betta fish are also territorial against male counterparts. However, it can do well with females since there is no competition for dominance.

Domestic Betta fish on the other hand may not do well with other Betta fish in the tanks. Instead, other fish species are preferred as tankmates for the Betta fish at home.

10. Bright Colors Mean That The Betta Fish Is Happy

Bright colors on your Betta fish are beautiful. However, these colors also mean that your pet is comfortable. If your Betta has bright colors all the time, you are doing a great job caring for your fish.

However, as your Betta approaches maturity, the color may change, especially around the head area.

Are you thinking of getting a pet fish? Betta fish will brighten your living room with their bright colors. Besides, they do not require a lot of supervision. At the same time, you must understand the requirements of keeping a Betta fish happy.

They are a fun and very active species. You will also notice that your Betta recognizes you over time, and you can make great companions with each other. 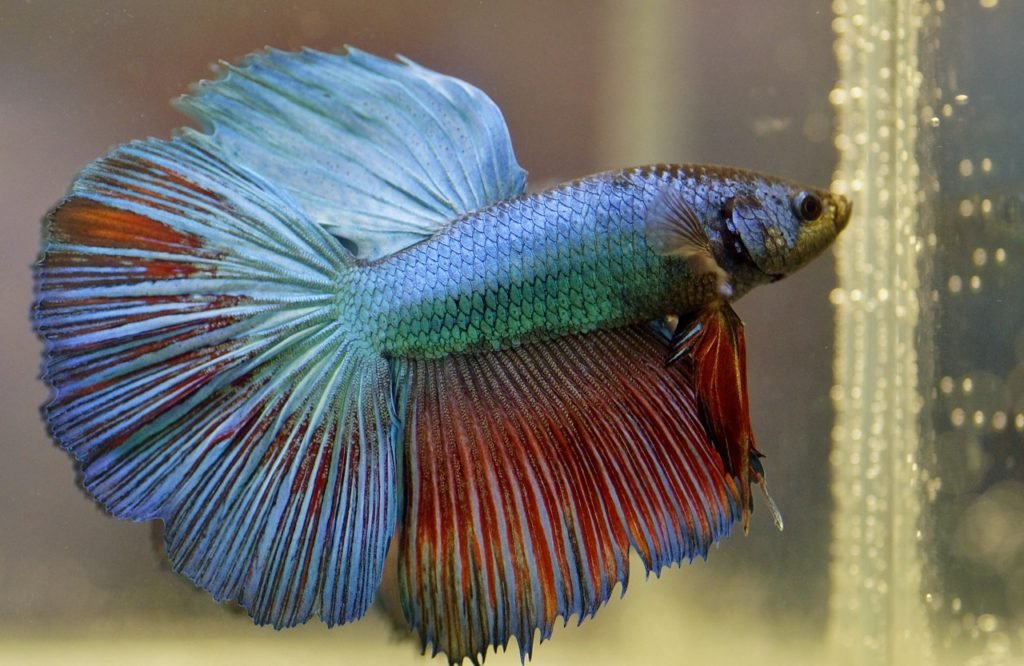 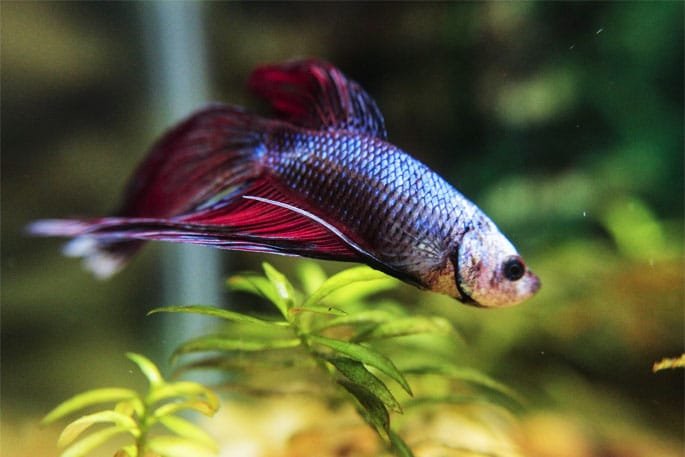 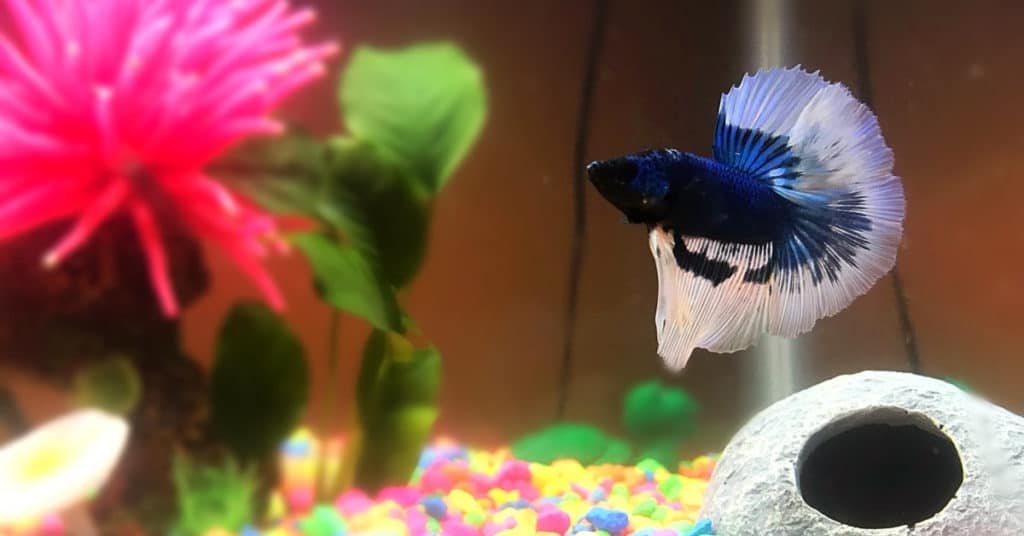 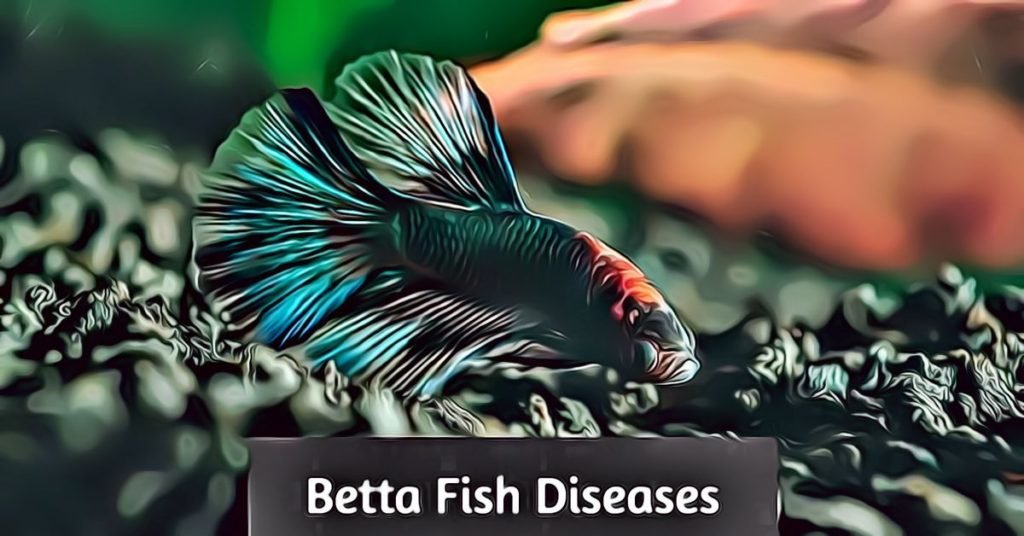